I believe stories give more insight than statistics.

​I am delighted when officers choose to share their success with me. Whether it's passing promotion boards first time or on their first time with me! I have the privilege of providing aspirational officers from around the UK with confidential support on 'What Works'. This includes eGuides, workshops and 1-1 coaching. I am proud to share this feedback here, while you may also find others' stories and challenges resonate. I look forward to adding your name to this growing list! 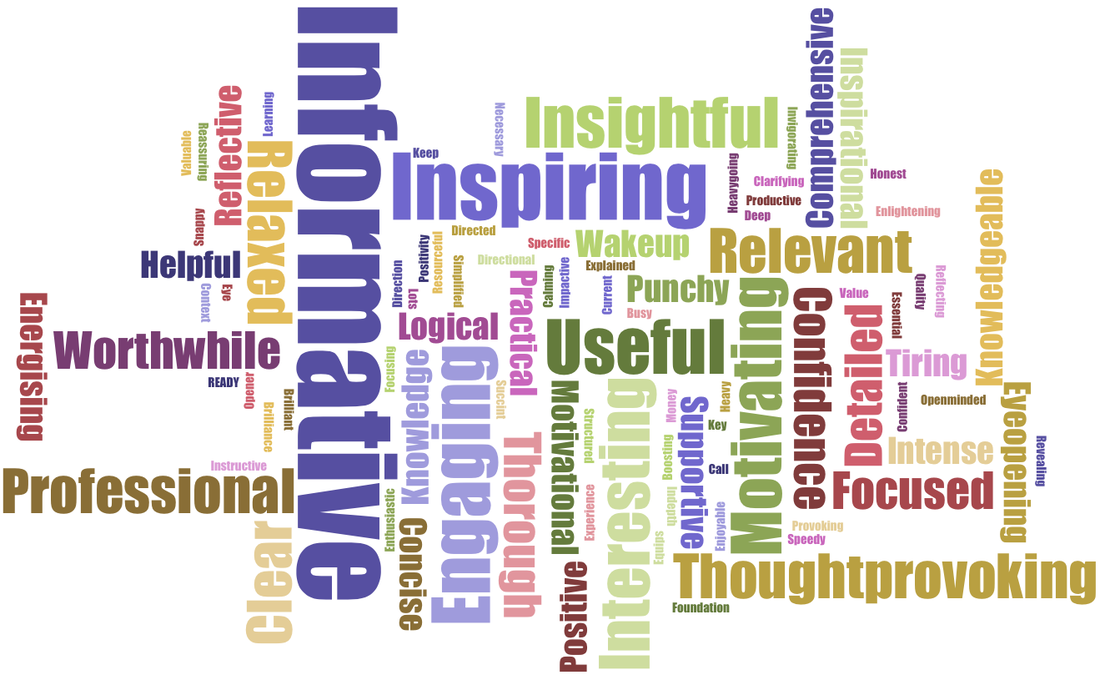 'How would you sum up the workshop in just 3 words?'

I was successful in all three paper sifts that followed and was invited to interviews/assessment centres. Steve’s ebooks helped me to prepare for my presentations, briefings and formal interviews. I went from 3 Failures to 3 Passes!

The masterclass was, for me, the catalyst to get going with preparations - but crucially it was an enormous boost to my confidence. I came away with a 'can do' attitude despite a recently unsuccessful process. It's not the golden ticket to success - it's the starting gun! ”
Tim - Passed Inspectors Selection Process
" Hi Steve, I finally passed my Inspectors promotion board thanks to you. I'm  grateful for your encouragement, help and support. I achieved very high marks on my presentation, situational judgement test and my interview.  I had a good understanding of what was required, but just needed a more structured approach in delivering my answers.

The 'Masterclass' and the 'Interview Success' download greatly assisted me with all aspects of the assessment. Our one to one conversations filled me with confidence and positive thinking. I also purchased 'The Essential Managers Leadership' book as recommended, which helped with some of the forward facing questions. I'm glad I came to you and will certainly recommend you to my colleagues and friends. Tim also passed the process. ”
Scott (Sergeant) - Passed Inspectors Selection Process
" I found the workshop very useful indeed. Steve is an inspiration ”
Eddie - Passed Sergeants Promotion Board
Steve…Thanks for your support! I passed!!
Gerri - Passed Inspectors Promotion Board
" Having previously been unsuccessful at the interview stage, I was starting to perceive it as an insurmountable problem. The workshop gave me a shake and made me realise that in order to perform in interview, I had to invest time in my preparation. It helped to energise and structure my preparation in a way I was unlikely to have come to myself, undoubtedly contributing to my eventual success.”
Steve - Newly Promoted Sergeant
" Hi Steve. I was successful. Thanks! ”
Chris - Passed Inspectors Selection Process
" Steve, I just wanted to say a HUGE thank you. I heard today I have successfully earned a place on the fast-track PC-Inspector scheme.  This was wholly due to me working smarter not harder thanks to the combination of your extremely helpful and informative application guides, your blogs and your excellent promotion workshop.  They helped me clarify what was actually required of me for each rank, develop my presentation skills (an area of significant dread but even less than the crippling fear of having nothing to say at my interviews!) and I am very happy to report success even though this is my first time applying!

I will no doubt use your materials and approach again during my challenging programme to achieve promotion to Inspector. I particularly enjoyed your recent perseverance blog. I have been there when attempting to progress laterally. Your comments and positive outlook really resonated with me and I am confident they will help colleagues facing challenges of re-applying "

Steve's approach was very relaxed, he is clearly passionate about passing on his knowledge and expertise to help you gain success and reach the objective. Steve explained best interview techniques and how to approach the interview with a clear fresh mind, things that I would have overlooked and hadn’t even considered, that proved to be very important. Steve is a very good communicator, I found myself wanting to listen more.

I would recommend his services to anyone looking for development within the Police. "

Ryan, Intelligence officer
“ The positive mindset you kept me in was very good for me. I will admit I was a bit skeptical about coaching/mentoring and I was not sure what to expect. You often corrected me from saying ' if' I pass to 'when' I pass, which had an impact psychologically on my preparation. I cannot measure it, but compared to a previous unsuccessful interview, I felt completely different and more relaxed. One main part was your assistance with my promotion application booklet, for me it was a godsend and I have to say your input on this was first class. The booklet process is now so tight that every word counts and your support may have been the difference in mine being successful or not!

Let's just say the 'lightbulb' came on when you started giving examples. You should not underestimate how important that was to me. Talking/discussing as we did, made me feel I was not alone in the process. I used the mnemonic in interview and more in my presentation to help explain the contribution I would make as an Inspector. The advice on prep on the day - was also good, it kept my head very clear. Though I had attempted the Inspector promotion board twice before, you still come into the process on your own and scratching your head. To have someone wanting me to succeed and to discuss issues/topics was a huge benefit and actually made me feel you were keeping me on track. Where I was unsure (and normally would worry if I had it right or not), a quick chat put me back in the 'positive' thinking area again.There were a few times you did that.

For me it was worth every penny and I have already recommended you to a few people who have approached me wanting to know the golden secret to my success on this occasion. The answer will be yourself/your company. ”

Steve, A/Detective Inspector - passed Inspector's promotion board
“ I faced a three stage PC to Sergeant promotion process over an 11 week period, consisting of two paper sifts and an interview. The processes also included two different competency frameworks. I had examples demonstrating the behaviours but Steve patiently explained the structure expected in both paper applications enabling me to focus and polish to make the best of the raw material. Likewise for the interview: Steve explained the various models of answering questions in interview enabling me to prepare comprehensively and as it turned out, successfully. Thank you.

I didn't know anything about the promotion process so understanding exactly what I needed to cover was the most valuable. Steve tailors support to the individual, the process and the timescale which enabled me to develop a personal study schedule. Ready contact, suggestions for reading and background research as well as motivational input all helped in my successful preparation.

The experience of preparing is going to be different for each individual and their personal timescale, so Steve's adaptability and email accessibility and quick turn round was pivotal given the impact of my work schedule on the times when I was studying.

The most important thing I found about Steve's support is that he is always accessible and knowledgeable, responding and offering suggestions constructively. This enabled me to work towards the separate booklet applications and then an interview with the necessary confidence and skill-set appropriate to each part of the whole process."

Mary - passed promotion board first time
“ Thank you for helping me to prepare with my interview for ---- Police. (Specialist Unit) After our conversation I did so much prep I nearly went into meltdown! The interview was last Tuesday and I had really good feedback straight after the interview. The Detective Inspector said I had a really good board and they could tell I was prepared. I was offered a job which I have accepted!

Prior to meeting with you I had amassed a a wealth of information about relevant areas (RIPA, CPIA, Covert codes of practice etc) and I felt not only daunted but mildly panicked at the prospect of my impending presentation and interview.

The value you provided was in assisting me to thread together all of the areas I needed to work on and I felt you enabled me to contextualise my interview. For example aligning my skills and experience with the values, priorities and aims of ---- police and how that related to wider issues. I felt I was prepared to answer whatever was asked during the interview rather than feeling I had to have prepared answers. I had taken a somewhat 'scattergun' approach up to that point. The penny seemed to drop. Despite feeling ridiculously nervous, the preparation I had completed served me well. Thank you again. "

Katy (transferred between police forces)
“  My employers ---- police were cutting back severely on staffing levels and I had to compete against numerous colleagues for my own job. I knew I could do the job but was frustrated at the number of hoops I would apparently need to jump through in what appeared to me to be a complicated process. I contacted Steve who called at my home and went through the whole process with me. His encouragement from the outset was a boost to my confidence and well being during what was a very stressful time.

Steve assisted me in portraying my skills and experience to my best advantage, explaining what my employers were likely to require. He guided me in selecting the best examples from my evidence to put forward. (I was surprised that I could include examples that were not 'work based' and I was able to use evidence from a role I was performing outside of the police service). Steve made it seem simple and by the time we had finished, my personal confidence and the confidence I had in my application had grown.

I was subsequently delighted to hear that of numerous applications mine was successful and I secured my job. I later received feedback that the panel had commented on the high standard of my application.